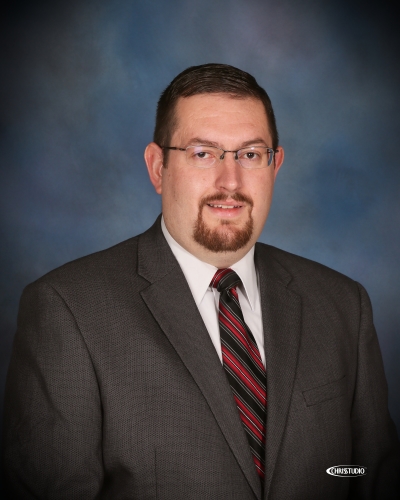 Brad Duffy was born and raised in Centerville, Pennsylvania where he was a 2003 graduate of Bedford High School.  While in high school Brad worked at a funeral home after school washing cars and assisting in maintenance.  After graduation, Brad attended Allegany College of Maryland where he concentrated his studies in Business and Supervisory Management.  Upon completion of his credits, he enrolled at the Pittsburgh Institute of Mortuary Science where he graduated with an Associates Degree in Funeral Service Arts and Science.

Following graduation, Brad served his apprenticeship and became a licensed mortician in 2009 at the Scarpelli Funeral Home in Cumberland, Md. Over the last fourteen years he has served in all capacities as a funeral director as well as making arrangements with families. He also holds a license in the state of Pennsylvania which was received in 2011.

Brad has been a member of the Lavale Lions Club since 2009, where he has served on the Board of Directors and as a Past President.  He attends church at Calvary Chapel Cumberland.  Brad enjoyed bowling for many years at The Bowler in Lavale where he met his wife Becky (Torrington) Duffy and since closing, now bowls at White Oak Lanes.   He also enjoys hunting, fishing, making fishing lures, and spending time in the outdoors.

Brad has a passion for funeral service and loves doing all aspects of the business.  He finds no greater reward than to serve a family in their most difficult time.

A year of daily grief support

Our support in your time of need does not end after the funeral services.  Enter your email below to receive a grief support message from us each day for a year.  You can unsubscribe at any time.